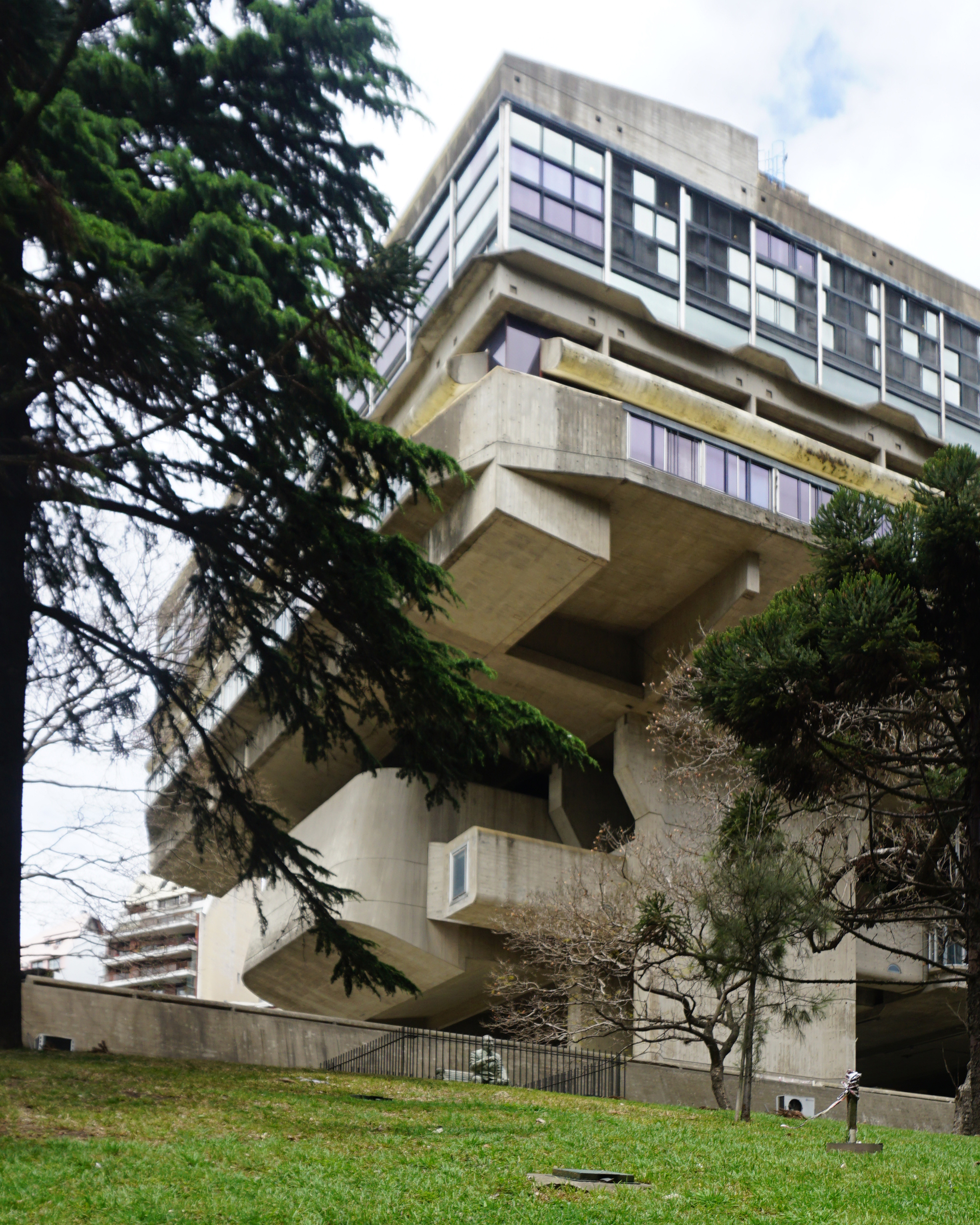 In the central neighborhood of Recoleta in Buenos Aires, on a large plot between Austria Street, Agüero Street and Del Libertador Avenue, stands the current building of the Mariano Moreno National Librarydesigned by architects Clorindo Testa, Francisco Bullrich and Alicia Cazzaniga.

Built on the basis of the project which won first prize in a national competition in 1961 and completed in the early 1990s, it has become a landmark of modern Argentine architecture and an example of the variant of 20th century expressionism. century known as “brutalism”.

On the part of Clorindo Testa, his academic and professional training shows a relationship with the trends of modern architecture and the search for artistic freedom, a personal language and being contemporary. First in its relationship with the office of the Regulatory Plan of Buenos Aires -in 1948- which was directed by members of the Austral Group. On the other hand, he began to incorporate other artistic disciplines as a means of expression and dialogue with architecture, explicit evidence in his emblematic work, the Bank of London -in development at the time of thinking the library – where he explored to the maximum the possibilities offered by reinforced concrete.

With regard to the institution of the library, the historical framework shows that the activities of the library have developed in different buildings since 1810 – when it was created by decree of the First Junta under the name of Public Library of Buenos Aires- until 1960 when three hectares located between Libertador and Las Heras Avenues were allocated by Law No. 12,351. Previously, the Unzué Palace, the presidential residence of the Argentine Republic under the presidency of Juan Domingo Perón, was located on these lands.

Although the work was awarded through national competitive bidding – which ended in April 1962 – the foundation stone for the building was laid 11 years after the law was passed. Work progressed with delays until it was finally suspended in the early 1980s, during the dictatorship, and resumed in 1982. Construction was carried out by different companies -Compañía Argentina de Construcciones, José E. Teitelbaum SA and Servente Constructora SA- and was finally inaugurated on April 10, 1992. The bibliographic material did not finish moving until 21 1993 and even today there are elements of the original project that have not yet been developed, such as metal brise-soleils.

The winning proposal in the competition was to raise the reading rooms, as an urban vantage point, and to bury the book repositories, facilitating their future expansion. The result is an interesting and relevant programmatic model for the development of a program in accordance with a public institution and a local context. It symbolically introduces a “separation between the intellectual task (reading) and the memory function (deposits) being thus clearly exteriorized and where it produces an inversion of the characteristic approach of libraries of the last decades”.

The organizational program of a traditional library – where the shelves are usually arranged on the walls around the reading space – is here broken down and rearticulated, giving way to views of the city and the river. Invite reading as an activity linked to external contact. In addition, the programmatic model allows for a free first floor integrated into the parks, creating space for multiple outdoor activities. A programmatic interpretation or re-figuration that sheds light on other issues in the literary world, which can also be highlighted in the Seattle Central Library by OMA, Joshua Prince-Ramus and LMN.

The elevation constitutes an urban landmark – a volume supported by four cores that house the stairs, lifts and other services – and ensures a direct relationship between the green space, the ravine and the building, thanks to the continuity of the existing park through an esplanade identifiable by its sculptural elements. Similar to the glyptodon – whose fossil remains were found during the excavation works and with which Clorindo Testa identified it – a space for multiple activities or access square is configured – dominated by a “fifth facade” – which acts as a balcony towards the surrounding parks and shows how the project is constituted in its greatest proportion -although not obvious- by a buried volume.

As for its programmatic distribution, the three basements house the book deposits. On the first floor are the newspaper library and the old publication room. On the roof of the first floor are the public square-esplanade and the access to the library. Moreover, from the esplanade, the volume of the building begins to be seen, mainly on the 1st floor, where the auditorium, the exhibition hall, the bar and the management are located. On the 2nd floor, only the administrative spaces are located, and on the 3rd floor are the media library, the treasure room and the exhibition hall, as well as other spaces not accessible to the public. Only on the 5th floor is the reading room. On the 6th floor, you can access the free reading room and the various administrative spaces. On the 7th floor is the machine room, then the terrace, where the machine room of the elevators and other operating elements of the building are located.

As for its structure, it was divided into two types of independent foundations. A direct corresponds to the book depots and the machine room. An indirect -in the most representative volume of the building due to the magnitude of its loads- identified with its four cores, which also support a structural plane from which the slabs of the first and second floors are suspended by means of tensors.

As if it were a kind of border, or a porteño block -which rises and leaves visible, its “block lung” so that the citizens appropriate its spaces- the project shows how it there are many interpretations of the same program and that allows a library to be in many ways, the importance of academic and practical training to carry out different proposals and how the contribution of each work allows us to train ourselves and expand to get a more comprehensive view of what it means to address the problems of an architectural brief. 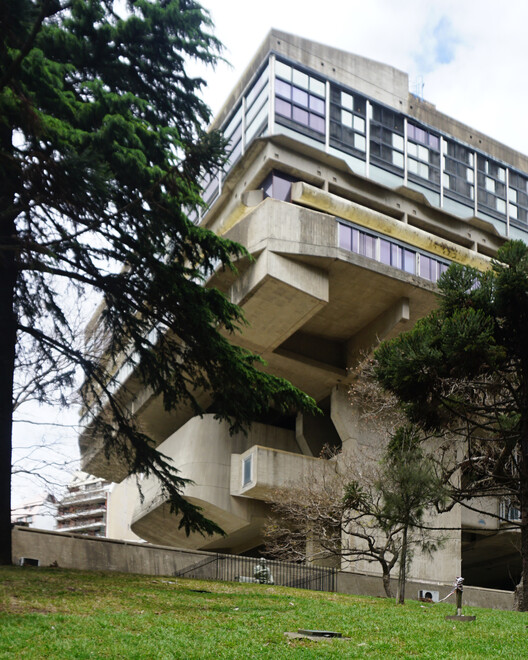