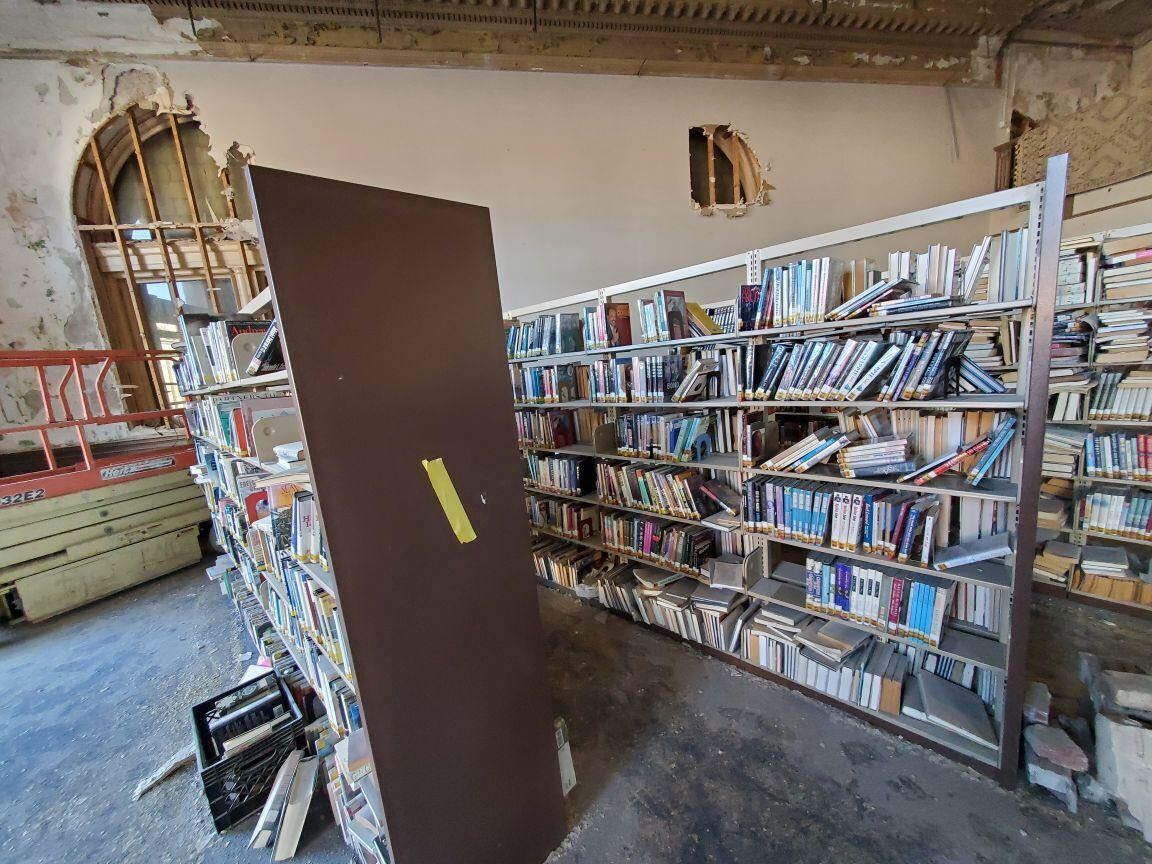 Books rescued from the closed Camden Free Public Library – WHY

The building, originally constructed in 1905, has been in developer hands since 2017. According to the Courier Post, the space is being cleared to make way for a cafe and offices.

“We knew we had to find a home for all these books,” Jesse Thompson, project manager for the construction company, told the newspaper.

The pop-up library, a separate organization from the county library system, carried at least 50 boxes.

“I was so excited to get in there,” Martin said. “I just started taking shelves at a time, putting the books in boxes.”

Among the works he took with him were Alex Haley and Toni Morrison, among other writers of color.

“It’s very rare that I receive books donated by and for people of color,” he said. “That’s 50% of my audience, maybe more,” Martin added.

The bounty was way too big for Martin’s storage unit in Pennsauken. He had help from pop-up library board member Julie Beddingfield, who stored the books in the basement of her store, Inkwood Books, in Haddonfield.

She said their two vehicles were filled with as many books as possible.

“He has a Subaru sedan and I have a Mercedes wagon,” she said, adding that their vehicles were low to the ground after “lying with so many books.”

“They were definitely not designed to hold those pounds, but we were just very careful to drive slowly on the way back,” she added.