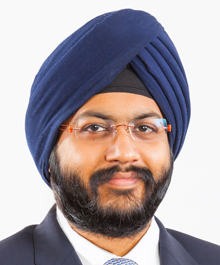 Five years after leaving the university library market, Baker & Taylor is back. In an announcement yesterday, B&T executives said they have created a new unit that will serve academic libraries around the world with a range of library products and services to institutions, as well as its catalog of books, films and music. for colleges and universities.

Aman Kochar, Executive Vice President and General Manager of B&T, said PW the company returned to the academic library market for two reasons: a change in company ownership since the company exited the market in 2015 and changes in the industry caused by the pandemic.

B&T exited the college market with the sale of YBP to EBSCO in late 2015 in what B&T Executive Vice President Dave Cully said was a decision to focus on its core public and school library markets. Recently, Kochar said, librarians contacted the company to return to the market. A comeback was made more possible by B&T’s ties to Follett Corp, which acquired the company in April 2016. Kochar said that B&T and Follett “have a lot of synergy” in the university market, especially through operations by Follett of approximately 1,200 college stores.

While the two wholesalers serving the university market are doing a good job, Kochar said, B&T is re-entering the market as a â€œservice firstâ€ organization. Returning to the market, Kochar said, â€œI didn’t want to be just another guy,â€ but wanted to come up with a unique deal. He cited B&T’s Sustainable Shelves program, in which B&T repurchases unwanted printed books from a library’s collection for credit, as an example of a new service that has been successful in public libraries and that could work in academia. . â€œWe want to help libraries operate more efficiently,â€ Kochar said, as Covid-19 disrupts many traditional practices and results in an increased need for digital materials.

So, now that B&T has returned to the university library market, is this a return to the retail market, from which B&T exited in May 2019, in cards?

â€œWe thought someone would ask that,â€ Kochar said, â€œbut the answer is no. Entering the retail market and the college library market is like comparing apples to oranges. They are very different markets.