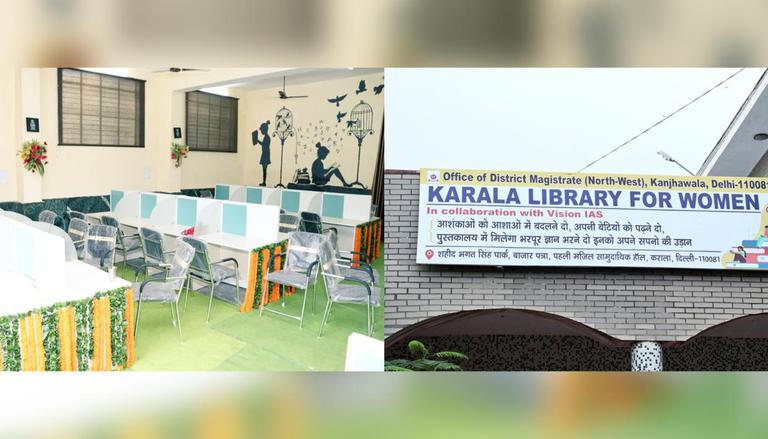 In a one-of-a-kind project, the Delhi government has built a special library for women in the village of Karala in northwest Delhi. The women-only community library was created as part of a women’s empowerment project under the â€œBeti Bachao, Beti Padhaoâ€ program launched by the central government. The dedicated library will encourage aspiring women and help those who have started to prepare for competitions such as engineering, UPSC, medicine and many more.

The mission was undertaken by the SDM of Kanjhawala Saumya Sharma to prioritize young girls who wanted to be successful in their lives. Citing the example of a girl from Majri village, SDM Sharma told Indian Express that such talent needs a “platform where they can be better guided and trained.” She also hopes that having access to a library and information would help girls with the potential to move out of their homes for a better future.

The books in the library were suggested by Vision IAS, a Delhi center that trains aspirants for Indian administrative services. In order to stimulate female candidates, the North West Delhi district administration has also decided to set up guidance and counseling centers near villages, district magistrate Chestha Yadav told IndianExpress.

According to reports, the request to establish the library was proposed by the villagers of Karala, especially the men, said SDM Sharma. The interior of the library was built by the Vrikshit Foundation. The organization did a spectacular job adding decorative pieces that promoted learning and personal development. He also added murals and paintings that represented the power of knowledge.

More such initiatives in the future

The exclusive library is one of a kind at the initiative of the district administration. It will provide space and security for ambitious women eager to work hard. Authorities have sought to build more such community libraries in villages based on feedback from villagers, SDM told reporters. The library was inaugurated on the eve of the Teachers’ Day in the presence of District Magistrate Chestha Yadav, SDM Saumya Sharma and IAS Vishakha Yadav