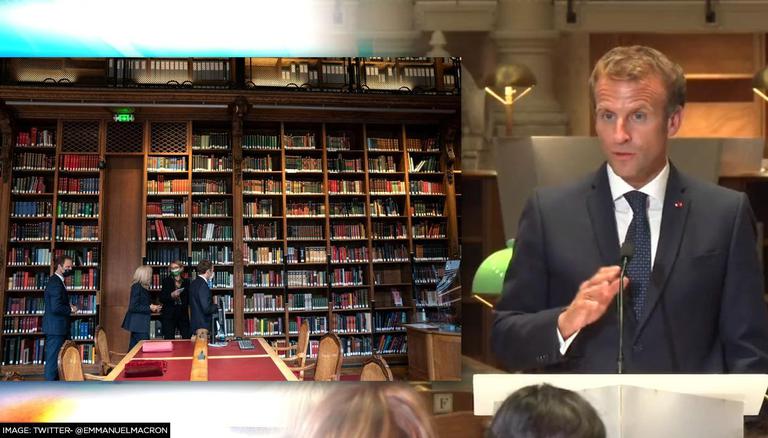 The ten-year project was completed earlier this week. The renovation project aimed to renovate the historic structure, preserving its uniqueness and strengthening the monument to safety and accessibility standards.

The monument has been given a facelift to preserve the historical collections. In a tweet, the French president shared the images of his visit and wrote: â€œAfter 10 years of renovation, the National Library of France (BnF) Richelieu will soon open its doors to the public. For 300 years, it has been the temple of French language, literature and knowledge. Thanks to this project, it will remain a living place, in tune with the world. The renovation project dates back to the late 1990s and after the renovation over 20 million documents were kept in the new BNF library.

After 10 years of renovation, the National Library of France (BnF) Richelieu will soon open its doors to the public.
For 300 years, it has been a temple for the French language, literature and knowledge. Thanks to this project, it will remain a living place, in tune with the world. pic.twitter.com/XLiBwqlwiN

By visiting the Richelieu site of the National Library of France, just restored, the president praised a place of history, contributing to â€œthe art of being Frenchâ€.

During his visit to the historic BNF site, which is celebrating its 300th anniversary and the completion of a decade of restoration work, Emmanuel Macron spoke of the great heritage of language and art in France. In front of 200 visitors gathered in the reading room, he declared on Wednesday: “When we frequently ask ourselves the question of our identity in our political discussions, I am convinced that France was formed by the State and the language . Our identity has never been established on narrowing, neither on first names nor on forms of conflict “, as Archyde reports. In his speech, the French president also prepared the ground for his campaign for the next elections to retain power.

As the Archyde newspaper reported, he added, France has always written its own world history and has always seen itself as universal.

Ready for a month of culture and art at the Qatar National Library? – Doha News