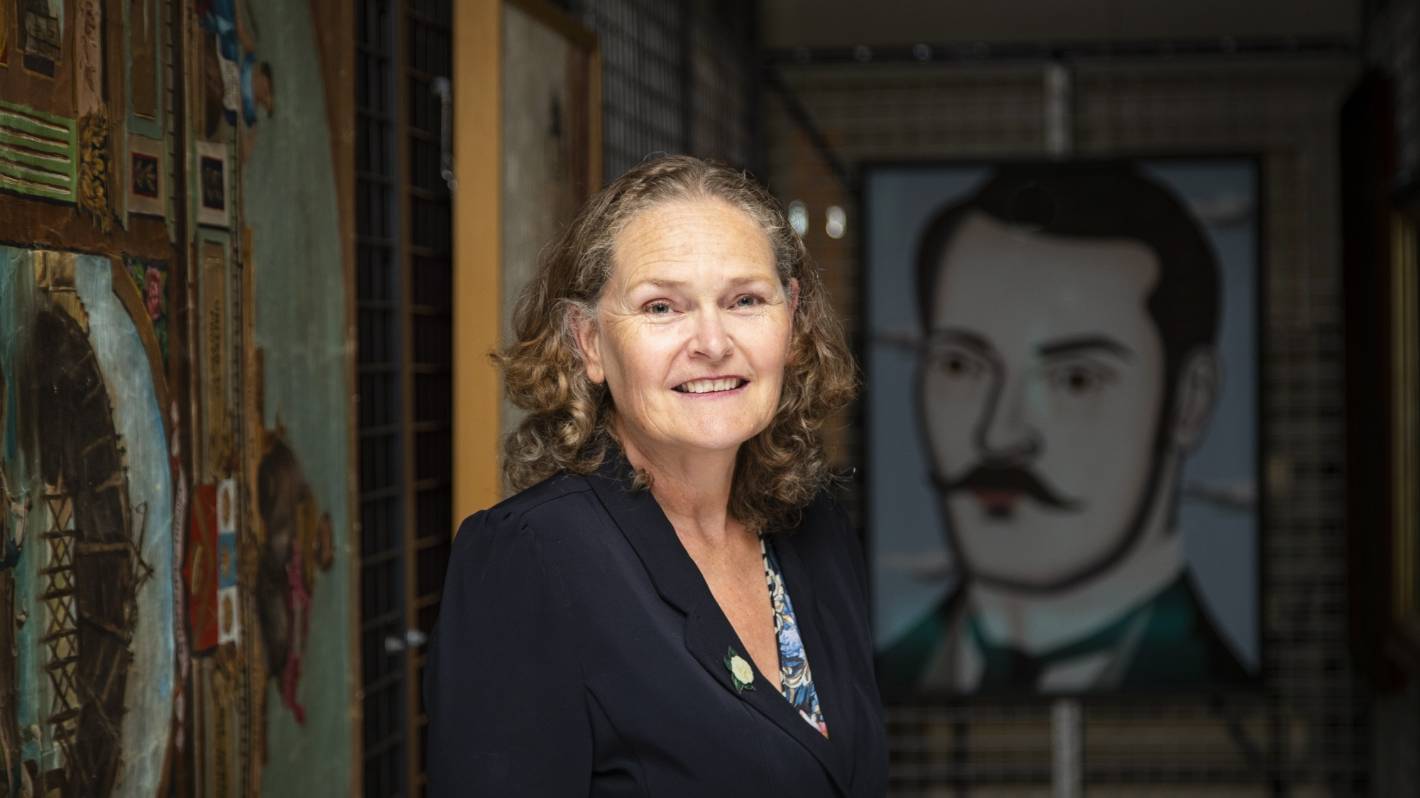 “Help us”: the insoluble dilemma of the National Library

Rachel Esson is out of ideas. “We tried book fairs. We tried to donate.

After plans to ship 600,000 rarely used books overseas were halted following months of book sector setbacks, the National Librarian issued an appeal to save books from the pulping machine: “We really don’t want to recycle them…help us.”

Esson won’t hesitate to believe that the books in the collection published overseas will be officially removed from the library – she just doesn’t know what to do with them after that.

It’s one of the many challenges facing Esson, who took office exactly a year ago, taking over from Bill Macnaught. She says 2022 marks the start of an exciting new chapter for the National Library.

It is continuing the New Zealand Libraries Partnership Program after the government allocated $58.8 million to help the country’s library ecosystem recover from the effects of Covid-19.

This year it will support Archives New Zealand with a major new building, which will physically link the cultural repository to the library and create a heritage campus in Pōneke.

It will continue to work with and alongside iwi and Maori, and is taking steps to intensify this commitment with the appointment of Ruki Tobin, the library’s first kaihautū (Maori chief) in over a decade.

The archives named their own kaihautū, Anahera Morehu. Diversity gaps have been addressed within the sector and among library staff, Esson says.

Papers Past, which digitizes historical documents, turns 21 this year. Collecting digital material will remain a priority, but how best to get a representative slice of Aotearoa at any given time remains a challenge. And it must keep up with ever-changing methods of preserving content.

Then there is Covid-19, which continues to keep the library on edge. The library will continue to support community, school and kura, public and special libraries, assuming an industry leadership role, as Te Papa does for museums nationwide.

The functioning of libraries is changing. The use of e-books and online books has exploded. Libraries are offering more services than ever before, including tutorials for shopping online during lockdown and helping people register for vaccine passes.

The most important thing about public libraries is that they are one of the last spaces where people don’t have to buy anything to be there, Esson says. This concept is often referred to as a “third space”, different from home and work. With denser housing, it will be more important for people to have those spaces, she says.

Esson, whose first job at the library was as a photo archive assistant at the Alexander Turnbull Library in the mid-1980s, says she is a “librarian at heart.”

Is the role of National Librarian what she thought it would be?

Yes, from the perspective of engaging with stakeholders and promoting library mahi, and planning for the future. Not because of the unique challenges and controversies that come with it – namely what to do with the 600,000 books in the collection published overseas.

Esson says she is establishing a dialogue with stakeholders after taking a break from the ongoing saga late last year.

She plans to poll the industry on their key concerns and ideas, after the library encountered major resistance to plans to donate the books to the offshore Internet Archive, which is embroiled in a copyright lawsuit.

Esson will not reconsider keeping rarely used overseas books, which will make room for a larger Maori and Peaceful collection. But sending them to the recycling bin is the library’s “absolute last resort.”

“People care so passionately about it. But the world has moved on and we don’t need to keep them,” she says. “It’s not good for New Zealand, and for us, to keep them. And they’re not being used. And they’re available elsewhere. All these arguments. We’ll find a way through, but I’m not sure we can please everyone.

Esson says the “unnecessary misinformation” escalated before Dec. 1, when the library gave authors and publishers the option to opt out of the donation if their book made the shortlist.

The library’s decision to get rid of the books is linked to its work on diversity and inclusion for all New Zealanders, she says.

“There are voices that are very loud – a particular sector that is very well served. They perceive any change as a threat to them. But it’s like in fact everything is set up for you.

After Partnership Program funding ends in June, the library will begin research that will attempt to measure the impact of funding on people – for example, how many more children learned to read – compared to the number of books she paid.

Libraries often fail to provide evidence and data about their value, which contributes to taking them for granted and stereotyping library work, Esson says. It also causes libraries to underestimate their own impact.

“People say they want to be a journalist or a lawyer or a doctor,” she says. “Have you ever heard someone say, ‘I want to be a librarian’? We have this responsibility towards future generations. It’s not about [us]this is Aotearoa.

What is a debt consolidation loan and how does it work?

Coaldale Public Library events during the months of January and February.