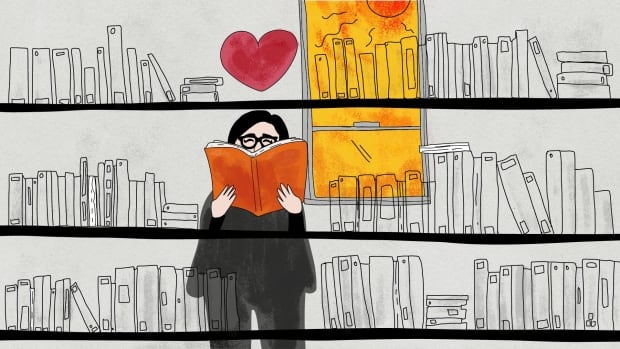 This first-person column is written by Carol Eugene Park who lives in Vancouver. For more information on CBC’s first-person stories, please visit the FAQ.

Last summer, as I was running ice cubes down my arms and legs in a desperate attempt to cool myself off during the sweltering Vancouver dome of heat, my mind inevitably turned to my dad.

Every summer my dad wondered if he should install the air conditioning (AC) unit on the first hot and humid day or wait for it in case the summer months were unusually cool.

I don’t know what the monthly air conditioning costs were, but even as a kid I knew cost per use was important to my low income family. My parents weren’t frugal with their money, but having a family of five meant every expense had to be a worthwhile investment.

If we turned on the air conditioning once a week, the extra money to run it wasn’t worth it.

As an adult with his own bills to pay, my father’s logic makes sense to me today. But as a teenage girl who hated the sweltering, humid Ontario summers with a blazing passion, I couldn’t help but feel frustrated with my parents. I seemed to be the only one melting in a puddle of sweat while the rest of my family put up with the heat without air conditioning, unless the temperature rises above 30 degrees.

To find some relief, I spent a lot of time in my public library, enjoying the cool air of the AC, probably with others who didn’t have access or felt unsatisfied with their own cooling options. .

When I moved to Vancouver in 2018, I was stunned by the balmy summers. The hottest days in the coastal town had nothing to do with the humid heat of the house. I never needed an air conditioner to stay cool, whether I lived in a basement or on the third floor of an apartment building.

I assumed the mild climate would be permanent. But then the heat dome hit the Pacific Northwest last summer with unprecedented high temperatures.

The unbearable heat was all everyone was talking about. In desperation, I Google searched different ways to stay cool: placing a bucket of ice behind your fan (not worth it), lying in a dark room on the floor (decent if you have hard floors). concrete), put aluminum foil on the windows to block the heat (excellent idea). But nothing comes close to an AC.

It turns out that many houses on the west coast are not built to withstand Heat waves because these heat waves have not occurred regularly in the past.

Whether or not I realized it as a teenager, I was not the only one who understood the value of public libraries as a refuge from extreme weather conditions. In reality, mmore than half of Vancouver’s cooling centers were public libraries this summer.

As the changing seasons lead to more frequent natural disasters and extreme weather conditions, governments need to invest in public libraries. This is one of the few places where low income people like me can find relief without spending money.

In addition to providing a plethora of knowledge and resources, public libraries do not charge for spending time thereunlike businesses like cafes or cinemas.

As for me, I have decided that an AC unit is a must after living through the heated dome. Extreme weather will only become more frequent as the climate crisis continues and although I grew up with my parents’ cost-per-use formula, I’m happy to overlook expenses if that means I will stay fresh and sane in the summers.

Do you have a strong opinion that could shed light, shed light on an issue in the news, or change the way people think about an issue? We want to hear from you. here is how to pitch us.