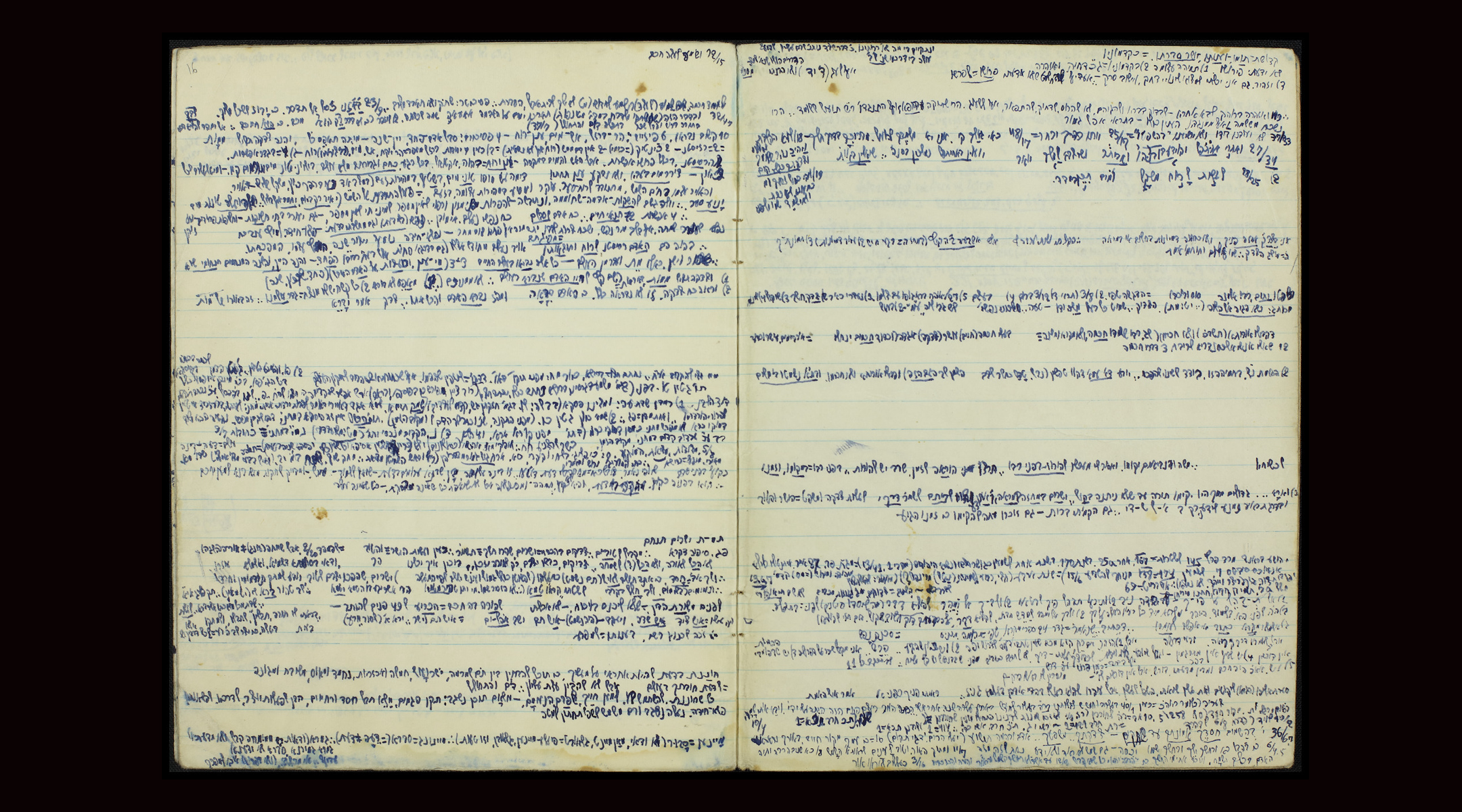 A page from the notebooks of “Mr. Shushani”, a mysterious scholar who taught many of the greatest scholars in Jewish studies of the 20th century. (National Library of Israel)

(JTA) – He knew about 30 languages, taught some of the greatest scholars of 20th century Jewish studies, and is buried in Uruguay under a tombstone that defends his wisdom – but his identity has never been known.

Now, what looks like the start of a riddle is the description of an author whose notebooks are presented by the National Library of Israel.

“Mister. Shushani”, or “Mister Chouchani”, was a wanderer and scholar who counted Elie Wiesel and the philosopher Emmanuel Levinas among his students. A brilliant teacher who was said to have a photographic memory and knew the Bible, Talmud and other Jewish texts by heart, he traveled the world teaching while keeping his true identity a secret. Rabbi Abraham Isaac Kook, the scholar and spiritual leader of Mandatory Palestine, called Shushani “one of the most excellent young peopleâ€¦ lively, knowledgeable, comprehensive and versatile.”

Yoel Finkelman, curator of the library’s Judaica collection, celebrated the opportunity to introduce more people to Shushani’s writings and their place in the National Library of Israel in a statement.

â€œWe consider it of the utmost importance to bring to public attention the story of one of the most mysterious and influential figures in 20th century Jewish thought,â€ said Finkelman.

–
The post office The National Library of Israel to present the notebooks of a mysterious scholar who taught Elie Wiesel and Emmanuel Levinas appeared first on Jewish Telegraph Agency.