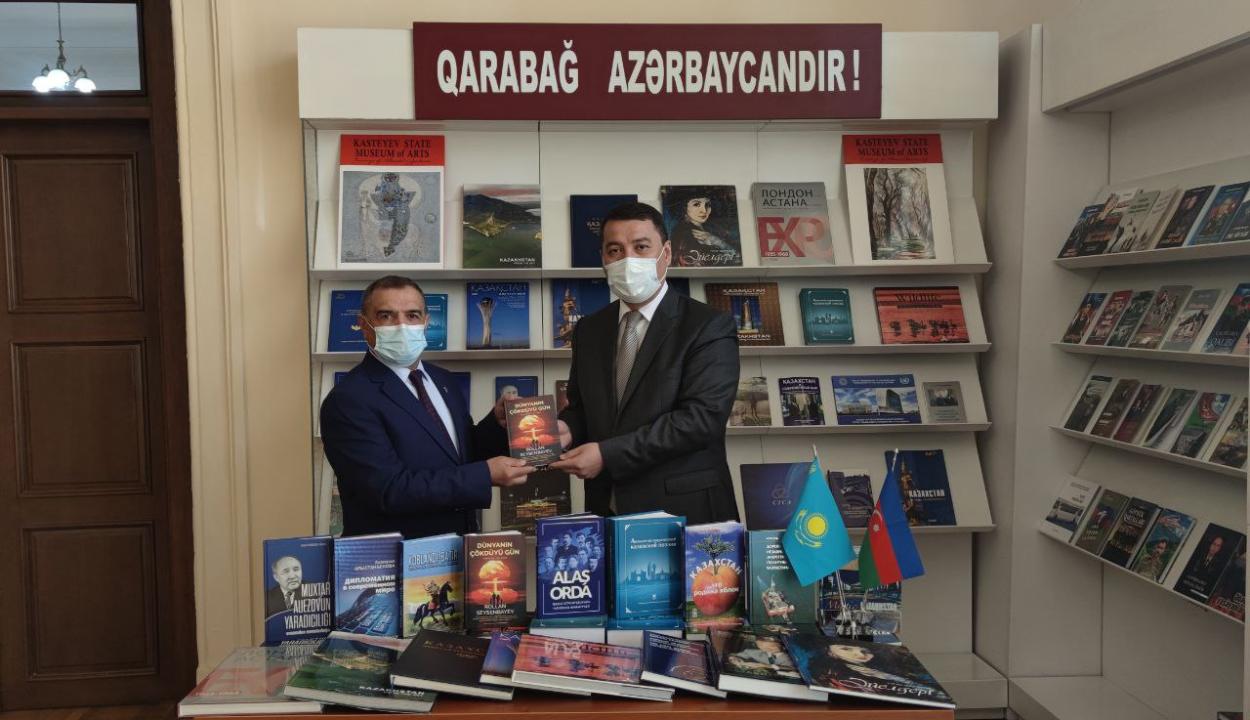 Kazakhstan Embassy donates over 500 books to National Library of Azerbaijan

NUR-SULTAN – The Embassy of Kazakhstan in Azerbaijan on April 6 handed over more than 500 books to the Mirza Fatali Akhundov National Library of Azerbaijan on the occasion of the 30th anniversary of diplomatic relations between the two countries, reports the press service from the embassy.

Kazakh Ambassador to Azerbaijan Serzhan Abdykarimov with Library Director Karim Takhirov at the ceremony. Photo credit: The Embassy of Kazakhstan in Azerbaijan

History, fiction, scientific and educational books, as well as some anthologies of Kazakh prose and poetry will now be part of the Akhundov Library.

“A mutual book exchange and the opening of Kazakh and Azerbaijani literature centers are a great opportunity to tell our people and new generations about common historical, cultural and linguistic roots, centuries-old friendship and spiritual unity through printed publications,” Kazakh Ambassador to Azerbaijan Serzhan Abdykarimov said at the ceremony.

Library director Karim Takhirov expressed his gratitude to the Kazakh embassy for the initiative, saying the books are “important for the new generation”. The books will then be sent to Karabakh libraries.