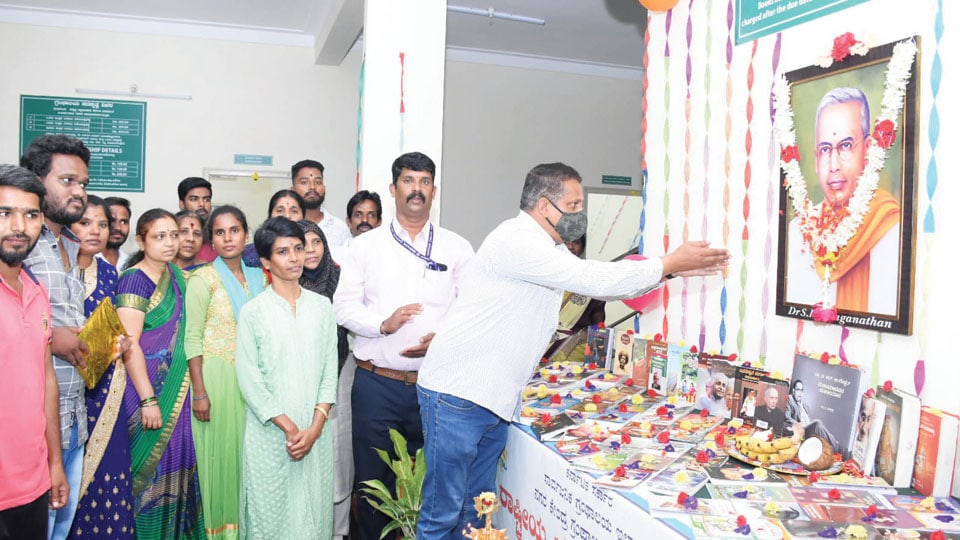 Mysore / Mysore: The deputy director of the Library Department B. Manjunath symbolically launched the ‘National Library Week“by offering floral tributes to the portrait of Dr SR Ranganathan, who is considered the father of libraries in India, at the Central City Library of People’s Park in Nazarbad here on Sunday.

Speaking on the occasion, Manjunath said that the late Prime Minister Jawaharlal Nehru was passionate about books and founded the National Book Trust of India.

Emphasizing the goals of “National Library Week”, he said the Week is celebrated in order to develop reading habits among members of the public and attract them in large numbers to libraries.

While maintaining that the central library of the city of People’s Park will be fully developed over the next few months, he said the issues regarding the civic facilities of the library will be addressed shortly. He called on members of the public and the student community to get the most out of the library.

Manjunath further said that all library buildings in the city had been illuminated as part of the celebration and that the libraries would also operate on weekly public holidays on Mondays.

Prizes were distributed to the winners of various competitions organized as part of National Library Week on this occasion.

Librarian Syed Salar, Library Assistant HV Ramesh, RC Netravathi and others were present on the occasion.