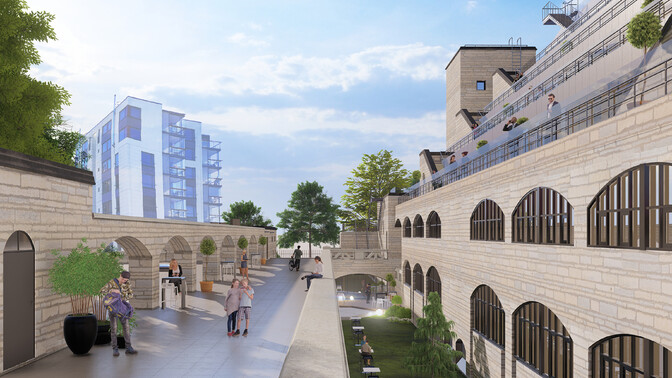 The cost of the renovation was initially 65 million euros and, of this amount, 53 million euros was allocated to the construction works. But the prices of building materials have risen by about a third in the past year.

Prices could rise to around 10 million euros, the Estonian ERR news portal reported on Thursday.

Mihkel MÃ¤gi, director of real estate development at Riigi Kinnisvara AS and project manager, said discussions need to take place on how the development is moving forward.

â€œToday, we cannot say exactly how significant this increase is,â€ said MÃ¤gi, adding that the two bids for the construction works need to be re-evaluated.

“It depends on whether the cheapest offer is still eligible or not. If it is known, we can also say what the price increase is actually and by how much,” MÃ¤gi said.

National Library director Janne Andersoo said it was not yet clear how to proceed.

â€œWe know the situation in the construction market is tense right now. I can’t say an exact plan yet because it just doesn’t exist now,â€ Andersoo said.

A meeting will take place on Thursday with the Ministry of Culture.

Culture Ministry Secretary-General Tarvi Sits said it was no surprise that planned costs had increased.

“Now we have to look at whether there are possible savings to be made, whether it is possible to move forward in stages. It would certainly be unthinkable to keep such an amount in our back pocket,” he said.