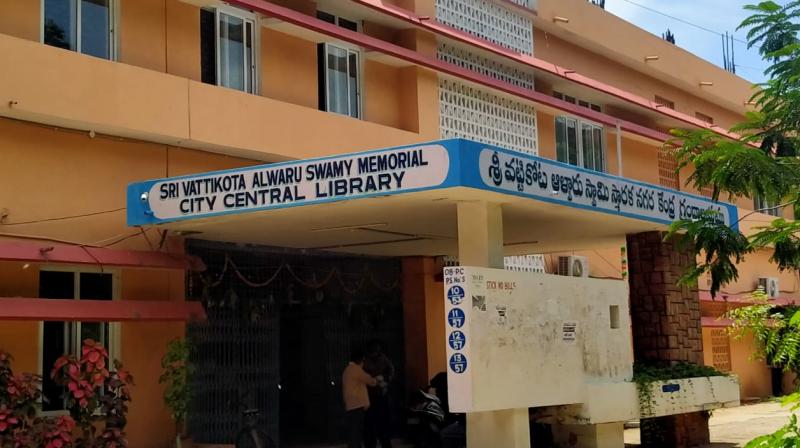 HYDERABAD: The electoral code that is currently in vogue before MLC posts has come as a drag on one of the most silent and almost obscure sectors – public libraries.

The negative impact of the Election Code is such that Hyderabad City Grandhalaya Samstha (HCGS) is forced to drop their highly anticipated annual report for the third year in a row, albeit for different reasons.

According to Padmaja Potluri, secretary of the HCGS, the electoral code prevented libraries from celebrating “National Library Week”, which is held from November 14 to 20 each year. The previous two years have been lost due to Covid-19.

Despite the shortage of funds, public libraries have tried to turn a page for the better. However, HCGS officials stressed that the grants they receive from GHMC will only help make ends meet.

GHMC is supposed to delegate eight percent of the property tax it collects for the upkeep and upkeep of public libraries in its jurisdiction. The civic body collects library fees as part of its property tax collections, as provided for in
The Telangana Public Libraries Act of 1960.

The Samstha receives Rs 95 lakh from the government each quarter which takes care of salaries and pensions, while another Rs 4 lakh which it receives each quarter is allocated to the wages of contracted employees.

Currently, Samstha has 79 full-time and 39 contract employees. The positions of those who have retired over the years have not been filled.

The GHMC provides Rs 15 lakh each month for the purchase of newspapers and periodicals, payment of water and electricity bills, covering the 83 libraries that depend on it. About ten libraries are located in rented buildings, while eight operate in free buildings.

B. Avinash Rao, Senior Samstha Assistant, said that â€œto survive the competition from TV and cellphones, all of our libraries need a facelift, more staff, and books that meet all aspirations.

Mr. Padmanabha Reddy, Secretary of the Forum for Good Governance, said: â€œLibrary expenses should be spent only on books and developing libraries. The government should ensure that this money is not diverted to other activities.