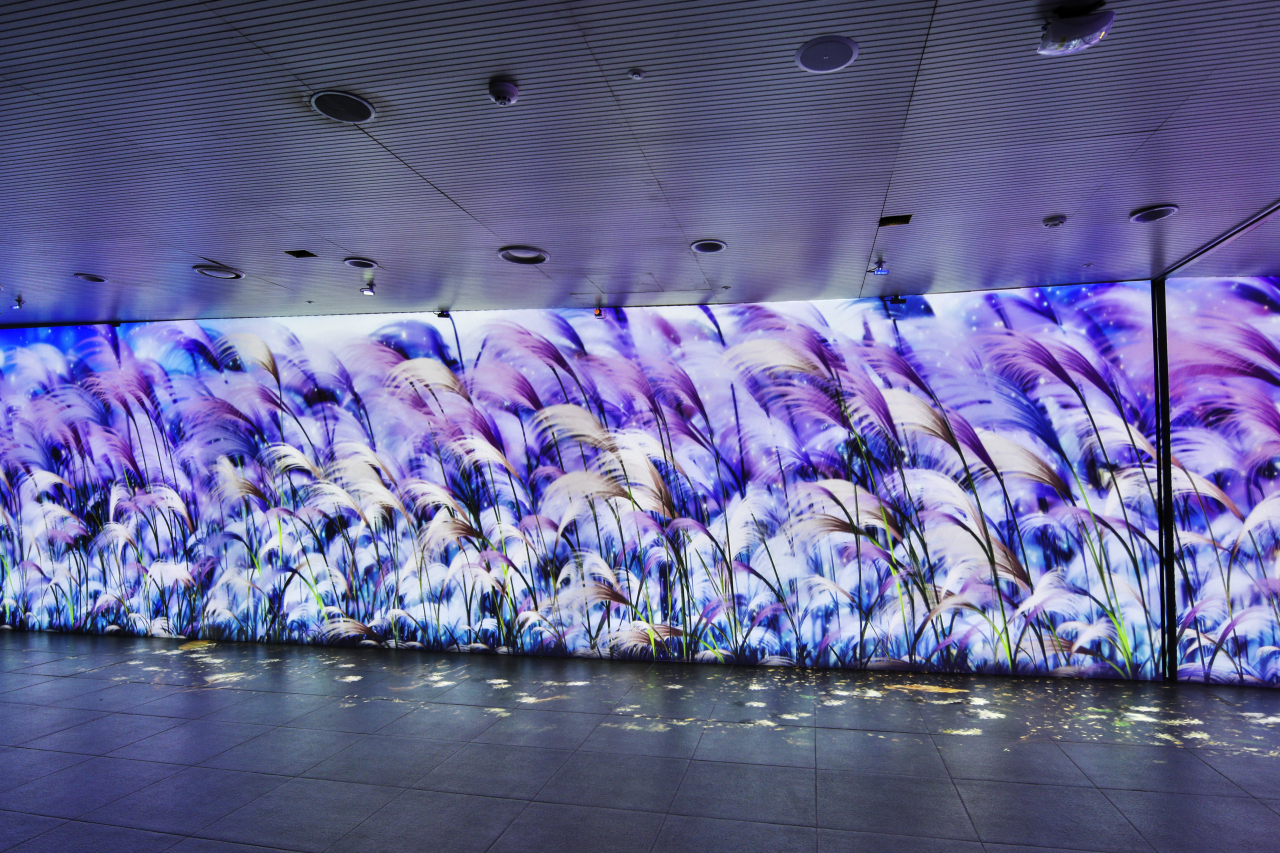 Not just to read, but to live: the bold transformation of the National Library

Bringing the settings and themes of each work into the backdrop, projections of relevant text, music and digital paintings traverse the wall display. The whole experience in the room makes visitors feel like they are inside memorable scenes from the writers’ works.

The Smart Lounge offers visitors content based on artificial intelligence. It organizes and recommends books based on visitors’ interests. Personalized choices are given by answering a series of questions in a kiosk, such as her favorite season or color. Visitors can also preview the recommended book before diving in, as the show guides them through some of the book’s key features.

“As soon as visitors enter the Jisikui Gil, they will forget that they are in a library,” the library’s project team coordinator told the Korea Herald on Monday. “We hope that such projects can be an opportunity for the library to be recognized as a complex cultural center, breaking with common perceptions of it as a silent and ossified conventional library. Literature will continue to be updated in the first section after most visitors view the content, the coordinator added.

Meanwhile, other cultural events at the library include a special exhibition on Estonia, Latvia and Lithuania called “The Baltic Way”, which runs until April 10. There are also regular screenings of independent national films which open every second and fourth Thursday of the month. at 2 p.m. until December.

For visits to the Immersive Content Rooms and other cultural events organized by the library, reservations are required on the National Library of Korea website, www.nl.go.kr.